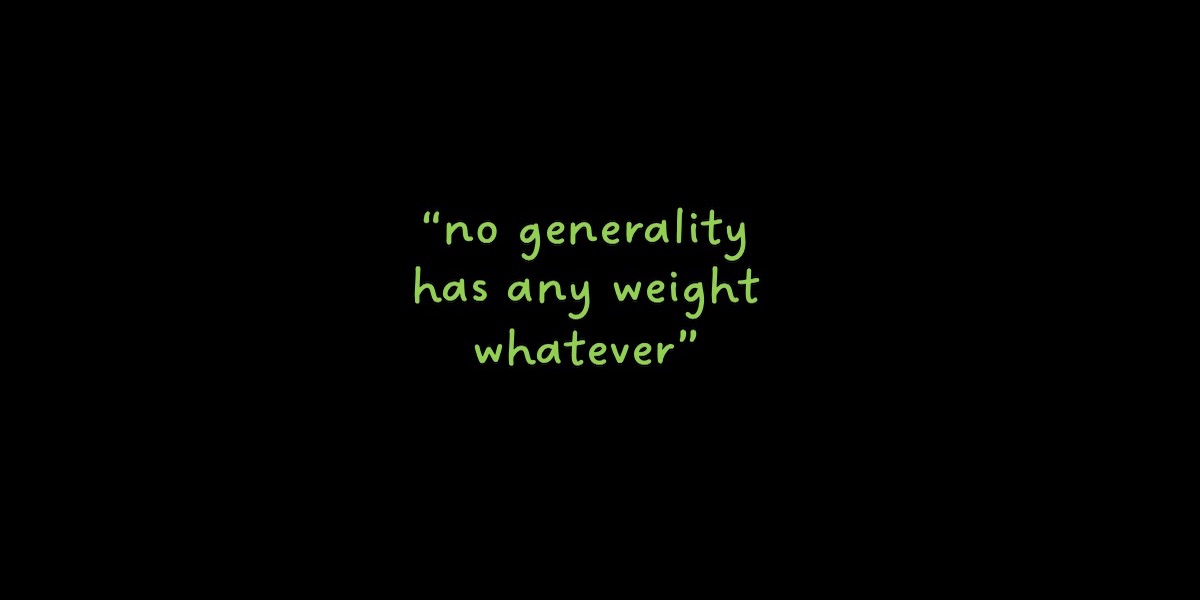 Platitudes and generalities roll off the human understanding like water from a duck. They leave no impression whatever. To say, “Best in the world,” “Lowest price in existence,” etc. are at best simply claiming the expected. But superlatives of that sort are usually damaging. They suggest looseness of expression, a tendency to exaggerate, a careless truth. They lead readers to discount all the statements that you make.

People recognize a certain license in selling talk as they do poetry. A man may say, “Supreme in quality” without seeming a liar, though one may know that the other brands are equally as good. One expects a salesman to put his best foot forward and excuses some exaggeration born of enthusiasm. But just for that reason, general statements count for little. And a man inclined to superlatives must expect that his every statement will be taken with some caution.

But a man who makes a specific claim is either telling the truth or a lie. People do not expect an advertiser to lie. They know that he can’t lie in the best mediums. The growing respect for advertising has largely come through a growing regard for its truth. So a definite statement is usually accepted. Actual figures are not generally discounted. Specific facts, when stated, have their full weight and effect.

This is very important to consider in written or personal salesmanship. The weight of an argument may often be multiplied by making it specific. Say that a tungsten lamp gives more light than a carbon one and you leave some doubt. Say it gives three and one-third times the light and people realize that you have made tests and comparisons.

A mail-order advertiser sold women’s clothing to people of the poorer classes. For years he used the slogan, “Lowest prices in America.” His rivals all copied that. Then he guaranteed to undersell any other dealer. His rivals did likewise. Soon those claims became commonplace to every advertiser in his line, and they became commonplace.

Then under able advice, he changed his statement to “Our net profit is 3%.” That was a definite statement and it proved very impressive. With their volumes of business, it was evident that their prices must be minimum. No one could be expected to do business on less than 3 percent. The next year their business made a sensational increase.

At one time in the automobile business, there was a general impression that profits were excessive. One well-advised advertiser came out with a statement, “Our profit is 9 percent.” Then he cited actual costs on the hidden costs of a $1,500 car. They amounted to $735, without including anything one could easily see. This advertiser achieved great success along those lines at that time.

Shaving soaps have long been advertised “Abundant lather,” “Does not dry on the face,” “Acts quickly,” etc. One advertiser had as good a chance as the other to impress those claims. Then a new make came into the field. It was a tremendously difficult field, for every customer had to be taken from someone else. He stated specific facts. He said, “Softens the beard in one minute,” and “Maintains its creamy fullness for ten minutes on the face.” “The final result of testing and comparing 130 formulas.”

Perhaps never in advertising has there been a quicker and greater response in an equally difficult field. Makers of safety razors have long advertised quick shaves. One make advertised a 78-second shave. That was definite. It indicated actual tests. That man at once made a sensational advance in his sales.

In the old days, all beers were advertised as “Pure.” The claim made no impression. The bigger the type used, the bigger the folly. After millions had been spent to impress a platitude, one brewer pictured a plate glass where beer was cooled in filtered air. He pictured a filter of white wood pulp through which every drop was cleared. He told how bottles were washed four times by machinery. How he went down 4,000 feet for pure water.

How 1,018 experiments had been made to attain a yeast to give beer that matchless flavor. And how all the yeast was forever made from that adopted mother cell.

All claims were such as any brewer might have made. They were mere essentials in ordinary brewing. But he was the first to tell the people about them, while others cried merely “pure beer.” He made the greatest success that was ever made in beer advertising. “Used the world over” is a very elastic claim. Then one advertiser said, “Used by the peoples of 52 nations,” and many others followed.

One statement may take as much room as another, yet a definite statement is many times as effective. The difference is vast. If a claim is worth making, make it in the most impressive way.

All these effects must be studied. Salesmanship-in-print is very expensive. A salesman’s loose talk matters little. But when you are talking to millions at enormous cost, the weight of your claims is important. No generality has any weight whatever. It is like saying, “How do you do?” when you have no intention of inquiring about one’s health. But specific claims when made in print are taken at their value.