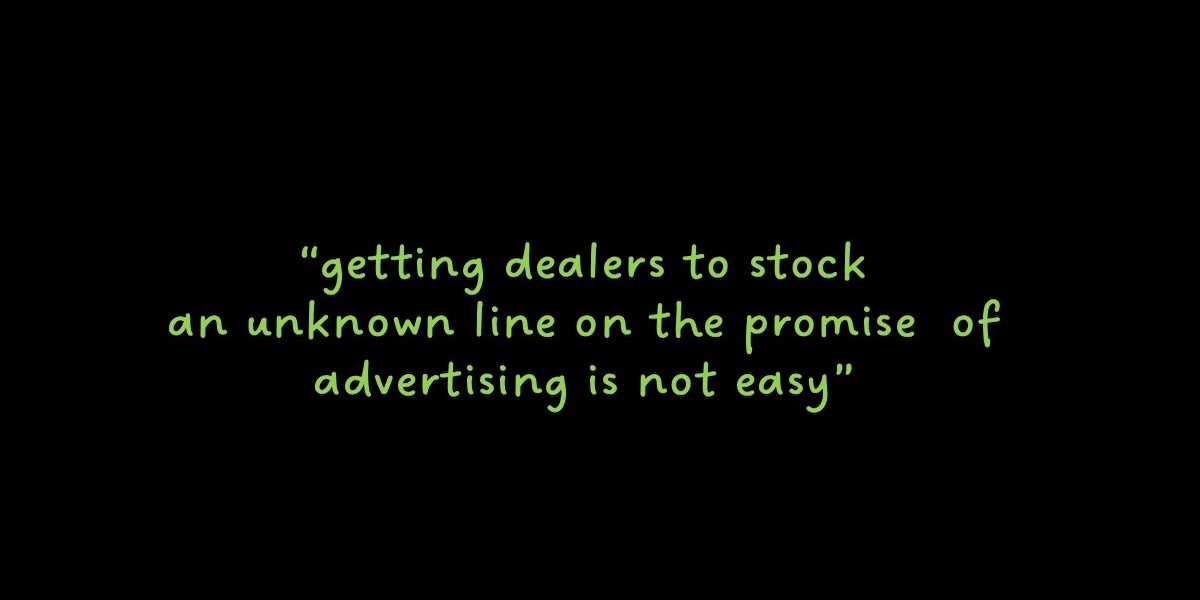 Most advertisers are confronted with the problem of getting distribution. National advertising is unthinkable without that. A venture cannot be profitable if nine in ten of the converts fail to find the goods.

To force dealers to stock by bringing repeated demands may be enormously expensive. To cover the country with a selling force is usually impossible. Getting dealers to stock an unknown line on the promise of advertising is not easy. They have seen too many efforts fail, and too many promises rescinded.

We cannot discuss all plans for getting distribution. There are scores of ways employed, according to the enterprise. Some start by soliciting direct sales – mail orders – until the volume of demand forces dealers to supply.

Some get into touch with prospects by a sample or other offer, then refer them to certain dealers who are stocked.

Some well-known lines can get a large percentage of dealers to stock in advance under the guarantee of sales. Some consign goods to jobbers so dealers can easily order. Some name certain dealers in their ads until dealers in general stock.

The problems in this line are numberless. The successful methods are many. But most of them apply to lines too few to be worthy of discussion in a book like this.

We shall deal here with articles of wide appeal and repeated sales, like foods or proprietary articles.

We usually start with local advertising, even though magazine advertising is best adapted to the article. We get our distribution town by town, then change to national advertising.

Sometimes we name the dealers who are stocked. As others stock, we add their names. When a local campaign is proposed, naming certain dealers, the average dealer wants to be included. It is often possible to get most of them by offering to name them in the first few ads.

Whether you advertise a few or many dealers, the others will stock in very short order if the advertising is successful. Then the trade is referred to all dealers.

The sample plans dealt with in the previous chapter aid quick distribution. They often pay for themselves in this way alone.

If the samples are distributed locally, the coupon names the store. The prospects who go there to get the samples to know that those stores are supplied if a nearer dealer is not. Thus, little trade is lost.

When sample inquiries come to the advertiser, inquiries are referred to certain dealers at the start. Enough demand is centered there to force those dealers to supply it.

Sometimes most stores are supplied with samples but on the requirement of a certain purchase. You supply a dozen samples with a dozen packages, for instance. Then inquiries for samples are referred to all stores. This quickly forces general distribution. Dealers don’t like to have their customers go to competitors even for a sample.

Where a coupon is used, good at any store for a full-size package, the problem of distribution becomes simple.

Mail to dealers proofs of the ad that will contain a coupon. Point out to each that many of his customers are bound to present that coupon. Each coupon represents a cash sale at full profit. No average dealer will let those coupon customers go elsewhere.

Such a free-package offer often pays for itself in this way. It forms the cheapest way of getting general distribution.

Some of the most successful advertisers have done this in a national way. They have inserted coupon ads in magazines, each coupon good at any store for a full-size package. A proof of the ad is sent to dealers in advance, with a list of the magazines to be used, and their circulation.

In this way, in one week sometimes, makers attain a reasonable national distribution. And the coupon ad, when it appears, completes it. Here again, the free packages cost less than other ways of forcing distribution. And they start thousands of users besides. Palmolive Soap and Puffed Grains are among the products which attain their distribution in that way.

Half the circulation of a newspaper may go to outside towns. That half may be wasted if you offer a sample at local stores. Say in your coupon that outside people should write to you for a sample. When they write, do not mail the sample. Send the samples to a local store, and refer inquiries to that store. Mailing a sample may make a convert who cannot be supplied. But the store which supplies the sample will usually supply demand. In these ways, many advertisers get national distribution without employing a single salesman. They get it immediately.

And they get it at a far lower cost than by any other method. There are advertisers who, in starting, send every dealer a few packages as a gift. That is better perhaps than losing customers created. But it is very expensive.

Those free packages must be sold by advertising. Figure their cost at your selling price, and you will see that you are paying a high cost per dealer. A salesman might sell these small stocks at a lower cost. And other methods might be vastly cheaper.

Sending stocks on consignment to retailers is not widely favored. Many dealers resent it. Collections are difficult. And non-business-like methods do not win dealer respect.

The plans advocated here are the best plans yet discovered for the lines to which they apply. Other lines require different methods. The ramifications are too many to discuss in a book like this.

But don’t start advertising without distribution. Don’t get distribution by methods too expensive. Or by slow, old-fashioned methods. The loss of time may cost you enormously in sales. And it may enable energetic rivals to get ahead of you.

Go to men who know by countless experiences the best plan to apply to your line.

Scientific Advertising – Chapter 13: Use of Samples