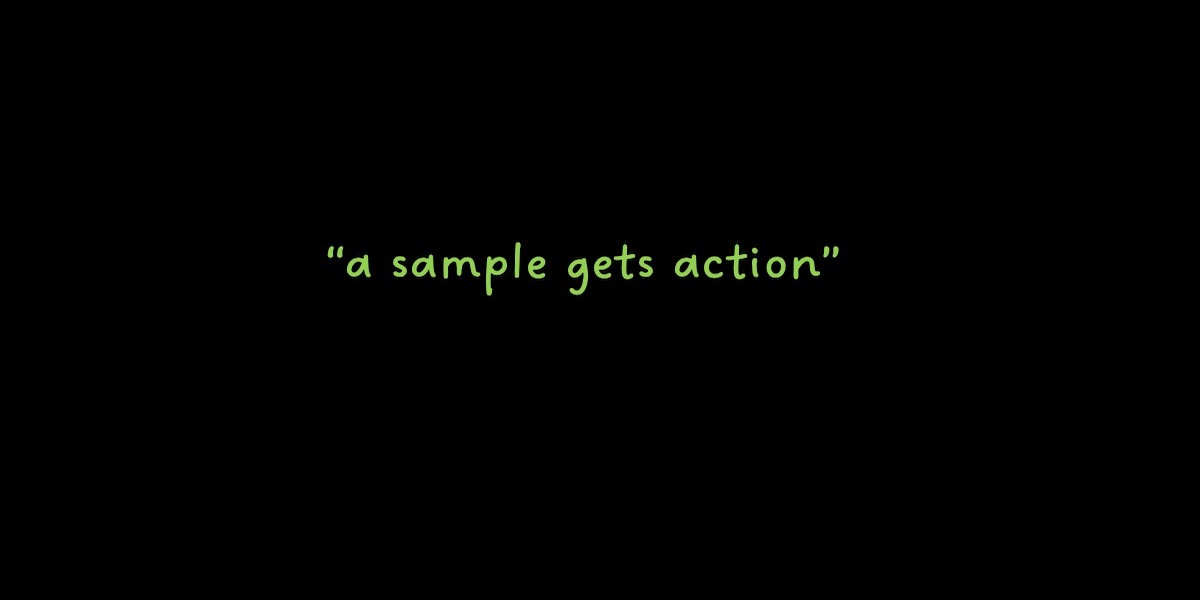 The product itself should be its own best salesman. Not the product alone, but the product plus a mental impression, and atmosphere, which you place around it. That being so, samples are of prime importance.

However expensive, they usually form the cheapest selling method. A salesman might as well go out without his sample case as an advertiser.

Sampling does not apply to little things alone, like foods or proprietaries. It can be applied in some way to almost everything. We have sampled clothing. We are now sampling phonograph records.

Samples serve numerous valuable purposes. They enable one to use the word “Free” in ads. That often multiplies readers. Most people want to learn about any offered gift. Tests often show that samples pay for themselves – perhaps several times over – in multiplying the readers of your ads without additional cost of space.

A sample gets action. The reader of your ad may not be convinced to the point of buying. But he is ready to learn more about the product that you offer. So he cuts out a coupon, lays it aside, and later mails it or presents it.

Without that coupon, he would soon forget. Then you have the name and address of an interested prospect. You can start him using your product. You can give him fuller information. You can follow him up.

That reader might not again read one of your ads in six months. Your impression would be lost. But when he writes you, you have a chance to complete with that prospect all that can be done. In that saving of waste, the sample pays for itself.

Sometimes a small sample is not a fair test. Then we may send an order to the dealer for a full-size package.

Or we may make the coupon good for a package at the store. Thus we get a longer test.

You say that is expensive. So is it expensive to gain a prospect’s interest? It may cost you 50 cents to get the person to the point of writing for a sample. Don’t stop at 15 cents additional to make that interest valuable.

Another way in which samples pay is by keying your advertisements. They register the interest you create.

Thus you can compare one with another ad, headline, plan, and method.

That means in any line enormous savings. The wisest, most experienced man cannot tell what will most appeal in any line of copy. With a key to guide you, your returns are very apt to cost you twice what they need to cost. And we know that some ads on the same product will cost ten times what others cost. A sample may pay for itself several times over by giving you an accurate check.

Again samples enable you to refer customers where they can be supplied. This is important before you attain general distribution.

Many advertisers lose much by being penny-wise. They are afraid of imposition, or they try to save pennies. That is why they ask ten cents for a sample, or a stamp or two. Getting that dime may cost them from 40 cents to $1.

That is, it may add that to the cost of replies. But it is remarkable how many will pay for that addition rather than offer a sample free.

Putting a price on a sample greatly retards replies. Then it prohibits you from using the word “Free,” as we have stated, will generally more than pay for your samples.

For the same reason, some advertisers say, “You buy one package, we will buy the other.” Or they make a coupon good for part of the purchase price. Any keyed returns will clearly prove that such offers do not pay.

Before a prospect is converted, it is approximately as hard to get half price for your article as to get the full price for it.

Bear in mind that you are the seller. You are the one courting interest. Then don’t make it difficult to exhibit that interest. Don’t ask your prospects to pay for your selling efforts. Three in four will refuse to pay – perhaps nine in ten.

The cost of requests for samples differs in every line. It depends on your breadth of appeal. Some things appeal to everybody and some to a small percentage. One issue of the papers in Greater New York brought 1,460,000 requests for a can of evaporated milk. On a chocolate drink, one-fifth of the coupons published are presented. Another line not widely used may bring a fraction of that number.

But the cost of inquiries is usually enough to be important. Then don’t neglect them. Don’t stint your efforts with those you have half sold. An inquiry means that a prospect has read your story and is interested. He or she would like to try your product and learn more about it. Do what you would do if that prospect stood before you.

The cost of inquiries depends largely on how they come. Asking people to mail the coupon brings minimum returns. Often four times as many will present that coupon for a sample at the store.

On a line before the writer now, sample inquiries obtained by mail average 70 cents each. The same ads bring inquiries from 18 cents to 22 cents each when the coupons are presented at a local store.

Most people write few letters. Writing is an effort. Perhaps they have no stamps in the house. Most people will pay carfare to get a sample rather than two cents postage. Therefore, it is always best, where possible, to have samples delivered locally.

On one line, three methods were offered. The woman could write for a sample, or telephone, or call at a store. Seventy percent of the inquiries came by telephone. The use of the telephone is more common and convenient than the use of stamps.

Sometimes it is not possible to supply all dealers with samples. Then we refer people to some central stores.

These stores are glad to have many people come there. And other dealers do not generally object so long as they share in the sales.

It is important to have these dealers send you the coupons promptly. Then you can follow up on the inquiries while their interest is fresh.

It is said that sample users repeat. They do to some extent. But repeaters form a small percentage. Figure it in your cost.

Say to the woman, “Only one sample to a home” and few women will try to get more of them. And the few who cheat you are not generally the people who would buy. So you are not losing purchasers, but the samples only.

On numerous lines, we have for long offered full-sized packages free. The packages were priced from 10 cents to 50 cents each. In certain territories, for a time we have checked up on repeaters. And we found the loss much less than the cost of checking.

In some lines, samples would be wasted on children, and they are most apt to get them. Then say in your coupon “adults only.” Children will not present such coupons, and they will rarely mail them in.

But one must be careful about publishing coupons good for a full-size package at any store. Some people, and even dealers, may buy up many papers. We do not announce the date of such offers. And we insert them in Sunday papers, not so easily bought up.

But we do not advocate samples given out promiscuously. Samples distributed to homes, like waifs on the doorsteps, probably never pay. Many of them never reach the house or the housewife. When they do, there is no prediction for them. The product is cheapened. It is not introduced in a favorable way.

So with demonstrations in stores. There is always a way to get the same results at a fraction of the cost. Many advertisers do not understand this. They supply thousands of samples to dealers to be handed out as they will. Could a trace be placed on the cost of returns, the advertiser would be stunned.

Here again, comes the advantage of figuring cost per customer. That is the only way to gauge advertising.

Samples sometimes seem to double advertising costs. They often cost more than the advertising. Yet, rightly used, they almost invariably form the cheapest way to get customers. And that is what you want.

The argument against samples is usually biased. They may come from advertising agents who like to see all the advertising money spent in print. Answer such arguments by tests. Try some towns with them, some without. Where samples are effectively employed, we rarely find a line where they do not lessen the cost per customer.