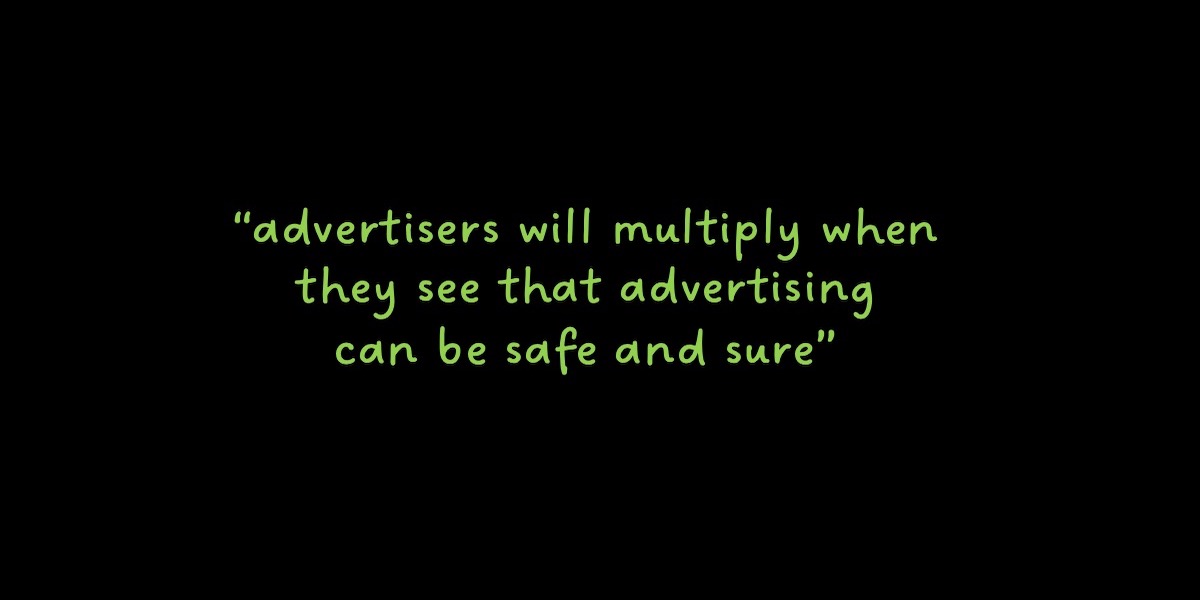 A rapid stream ran by the writer’s boyhood home. The stream turned a wooden wheel and the wheel ran a mill. Under that primitive method, all but a fraction of the stream’s potentiality went to waste.

Then someone applied scientific methods to that stream – put in a turbine and dynamos. Now, with no more water, and no more power, it runs a large manufacturing plant.

We think of that steam when we see wasted advertising power. And we see it everywhere – hundreds of examples. Enormous potentialities – millions of circulation – used to turn a mill wheel.

While others use that same power with manifold effect.

We see countless ads running year after year which we know to be unprofitable. Men spending five dollars to do what one dollar might do. Men getting back 30 percent of their cost when they might get 150 percent. And the facts could be easily proved.

We see wasted space, frivolity, clever conceits, and entertainment. Costly pages filled with palaver which, if employed by a salesman, would reflect on his sanity. But those ads are always unkeyed.

The money is spent blindly, merely to satisfy some advertising whim.

Not new advertisers only. Many an old advertiser has little or no idea of his advertising results. The business is growing through many efforts combined, and advertising is given its share of the credit.

An advertiser of many years standing, spending as high as $700,000 per year, told the writer he did not know whether his advertising was worth anything or not. Sometimes he thought that his business would be just as large without it.

The writer replied, “I do know. Your advertising is utterly unprofitable, and I could prove it to you next week. End an ad with an offer to pay five dollars to anyone who writes you that he read the ad through. The scarcity of replies will amaze you.”

Think what a confession – that millions of dollars are being spent without knowledge of the results. Such a policy applied to all factors in a business would bring ruin in short order.

You see other ads which you may not like as well. They may seem crowded or verbose. They are not attractive to you, for you are seeking something to admire, something to entertain. But you will note that those ads are keyed. The probability is that out of scores of traced ads the type that you see has paid the best.

Many other ads which are not keyed now were keyed at the beginning. They are based on known statistics. They won on a small scale before they ever ran on a large scale. Those advertisers are utilizing their enormous powers in full.

Advertising is prima facie evidence that the man who pays believes that advertising is good. It has brought great results to others, it must be good for him. So he takes it like some secret tonic that others have endorsed. If the business thrives, the tonic gets the credit. Otherwise, the failure is due to fate.

That seems almost unbelievable. Even a storekeeper who inserts a twenty-dollar ad knows whether it pays or not. Every line of a big store’s ad is charged to the proper department. And every inch used must the next day justify its cost.

Yet most national advertising is done without justification. It is merely presumed to pay. A little test might show a way to multiply returns.

Such methods, still so prevalent, are not very far from their end. The advertising men who practice them see the writing on the wall. The time is fast coming when men who spend money are going to know what they get. Good business and efficiency will be applied to advertising. Men and methods will be measured by the known returns, and only competent men can survive.

Only one hour ago an old advertising man said to the writer, “The day for our type is done. Bunk has lost its power. Sophistry is being displaced by actuality. And I tremble at the trend.”

So do hundreds tremble. Enormous advertising is being done along scientific lines. Its success is common knowledge. Advertisers along other lines will not be content for much longer.

We who can meet the test welcome these changed conditions. Advertisers will multiply when they see that advertising can be safe and sure. Small expenditures made on a guess will grow to big ones on a certainty. Our line of business will be finer and cleaner, when the gamble is removed. And we shall be prouder of it when we are judged on merit.