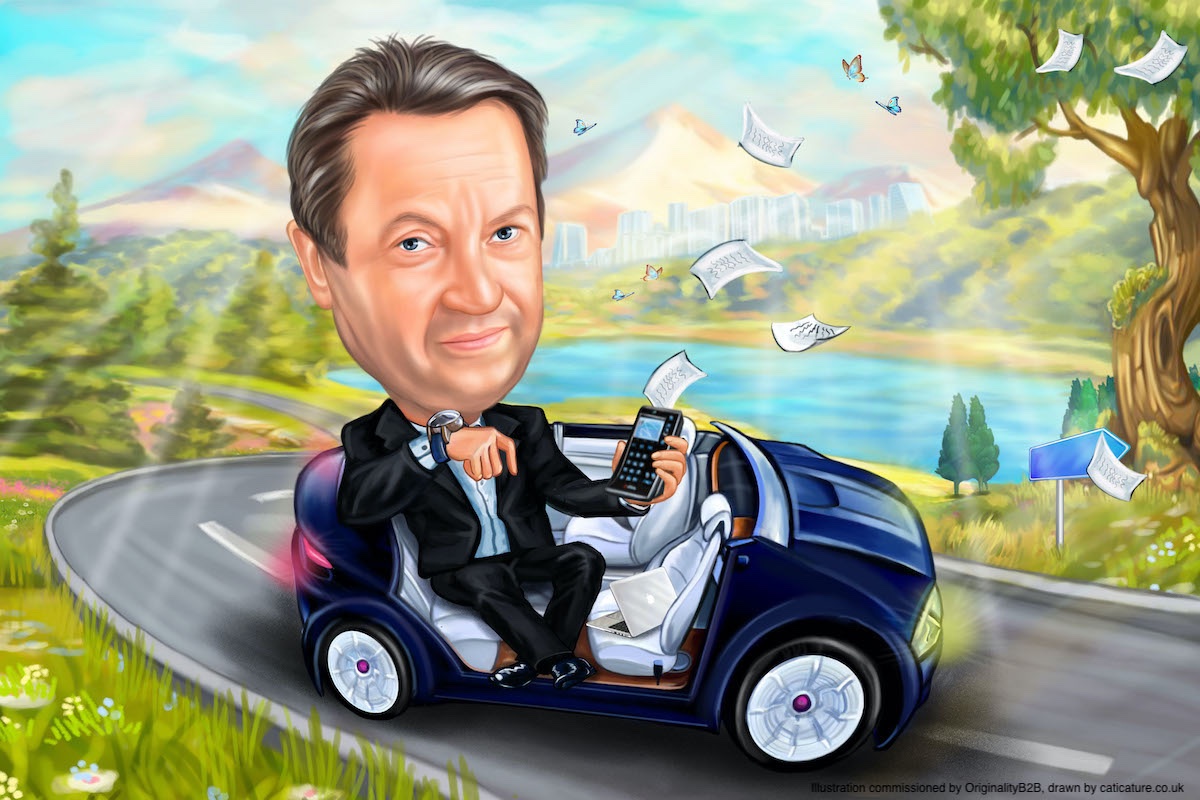 If you’ve worked in marketing or corporate management in the semiconductor industry for any length of time, in the US, Europe, or Japan, you’re likely to have encountered David Manners. David is the modestly-titled ‘Components Editor’ of the UK’s Electronics Weekly* newspaper and website.  He has been so for 37 years and his irreverent ‘Mannerisms‘ blog was, and possibly still is, the most visited part of the 60-year old publication’s website.

I’ve known David for most of his time at Electronics Weekly and had the pleasure of his company at several media events, and at an agenda-free, fish-and-chips (and wine-and-beer) lunch in London a couple of years ago. Although a man of modest demeanour, conversations with him invariably hint at his vast knowledge of the global electronics industry and the political, economic, and technological drivers of its progress. It was therefore with some delight that I recently stumbled upon a book he authored in 1990 entitled ‘The Hitchhikers’ Guide to Electronics in the ’90s’. Published by Reed Business Publishing Group, two things make this 30-year old book remarkable.

The first is the breadth of topics covered in just 218 pages. Where else will you find in one short volume a brief history of electronics, starting with the birth of the word ‘electricity’ in 1600, a summary of the geopolitical events that led to the US pumping billions of dollars into technology to put a man on the moon, an introduction to electronic component terminology, a comprehensive history of the birth of Silicon Valley and its leading innovators, an explanation of Moore’s Law, and a perspective on how Japan became the biggest threat to US supremacy in semiconductors by 1990? There’s also an analysis of key industry trends of the time and a little about the electronics strategies of each major European and Asia-Pacific country.

The second remarkable thing is David’s forecast of what was to come in the next decade. And remember, The ‘Hitchhikers’ Guide to Electronics in the ’90s’ was published at a time when the Internet was only just coming into public consciousness and seven years before the iPhone changed how consumers interact with technology forever. Here’s what he thought the last decade of the 20th century might have in store for us:

Although the predicted timing of some of these innovations may not have been spot-on, the great majority came to pass around the end of the 1990s and early in the decade that followed. The idea of a pocketable fax machine made me smile – you would presumably need a large pocket for the paper too! But if you define a fax machine as a means of communicating images (or facsimiles), rather than something that needs paper, the problem goes away.

As product predictions go, I think they were remarkable for their time, even if the smartphone became five or six of them!

For marketers and managers new to the electronics industry, reading ‘The Hitchhikers’ Guide to Electronics in the ’90s’ is almost certainly the fastest way to get to grips with what the industry is all about. You’ll quickly know more about it than your boss. For those of us who have been working here for a while, it will bring back memories and perhaps, with the added benefit of hindsight, teach some valuable lessons for today.

So, despite the book’s relative antiquity, I don’t think anyone should be allowed to work in global B2B electronics marketing until they’ve read it at least three times. It’s a gem. You’ll find it for sale on Amazon in the US and UK – although it costs a lot less in the UK. My £4.47 copy was the bargain of the year!

* I said the ‘UK’s Electronics Weekly’ but the website receives 24% of visitors from the United States and only 11% from the UK, according to SimilarWeb.com, despite being published here.